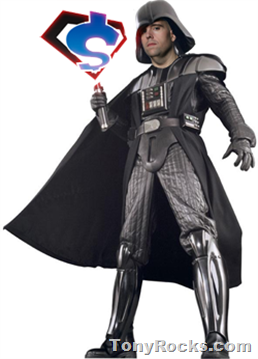 This post should also be subtitled “Shoemoney talks eBay into pulling my chances of making affiliate millions with eBay affiliate links.”

Well, the word has been out for awhile now that eBay has dumped Commission Junction and has decided to take the affiliate program in-house.

This could potentially suck for many of us. I have a few sites that are currently aggregating eBay feeds that plugin my CJ affiliate link. Also, many of you who have made a living by using BANS (Build a Niche Store) are probably sweating profusely. What the heck is going on?

Why? Please, let me reference something from his blog:

“When we won eBay’s developer of the year award for 2007…we were given the opportunity to have lunch with President of eBay U.S. John Donahue… Somewhere in the conversation he asked me what was the 1 biggest thing they could do to improve the affiliate program? My answer: Drop commission junction asap. “

Good new though.  I’ve recently found out from Kelvin over at BANS that the system will be updated soon after the affiliate transition at eBay has occurred.  Now I’ve got to update my RSS feed scripts…hopefully eBay’s links will be simple to implement.

Lucky for you Jeremy, I won’t have to use the Triangle Choke on you!