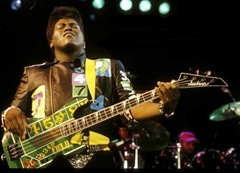 Who is more thrilled about Reggie Jackson’s radio show than I am?  I’ve loved his music…especially his awesome mega-hit “Thriller.”  But, I’m still a bit mad at Reggie Jackson for leaving the Jackson 6.  I think Reggie could have contributed to a few more hits to the Jackson’s 5 list of hits.