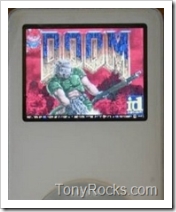 Thanks to open source geeks I know can have fun playing a bunch of old ported Nintendo games like Duck Hunt on my iPod.  This coolness is made possible by a daring and super creative open source project called iPodLinux.  To put it simply, these guys ported Linux to run on your standard iPod which opens up new doors of functionality.

I’ve installed the package on my 4th generation iPod which says on the website is not supported.  However I had no problems installing Linux.  In fact, the package is so well done that it gives you a boot strap to select whether to boot into the native iPod OS or Linux.  Plus an installer give you a ton of modules to choose from to install.  I just so happened to find Nintendo’s Duck Hunt and wanted to try that out.

I have to say that I’m pretty impressed to see nice gradations, smooth graphics and a “wheel” act like a mouse so smoothly.  The other cool Nintendo “factor” this is that there is a GameBoy emulator project out there for the iPod as well…which just so happens to run on Linux.

So what about Doom?

Probably the biggest contributing factor to modern day gaming approaches has to be Doom.  Believe it or not (well you will surely believe it because I’ll give you a few links to videos) there is even a port of Doom for the iPod running Linux.  I’m always amazed to see how much coolness you squeeze out of some of the most inconspicuous electronic devices.  Gameplay is just as nice as an older PC, but the only problem you really have is controlling the game and putting up with the slow speed of the LCD screen.  But, regardless iDoom is sure to make you out to be the coolest Geek at your next LAN Party. 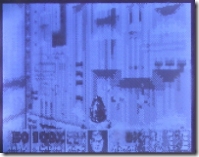 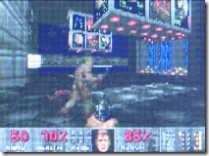 So here is the link list to get your game and kernel on for your iPod: