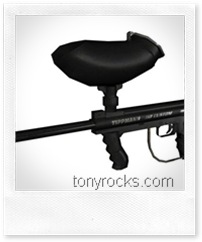 Recently I’ve been doing some research on the sport of paintball.  One thing I did found out was that paintball guns were called markers.  It is amazing how complex the paintball markers have become over the years.  Plus the sport of gun marker paintball is becoming one of the fastest growing sports in the world.

Since officially becoming a sport in 1980, gun marker paintball developed many fields of play: woodsball, scenario, speedball/tournament and stock class.

If you are interested in gun marker paintball, I suggest doing research first.  Gun markers can become expensive, so it is a good thing to poke around at the various paintball forum sites to see what is best for you.