It is fun being a parent.  It is fun because I get to read old books that my parents used to read when I was a kid.

As a kid, I could care less who the authors were, but as I get older I get more curious as to who these people where…you know, kinda like watching the behind the scenes footage of your favorite movies.

Below is a compile list of my favorites and the faces behind them. 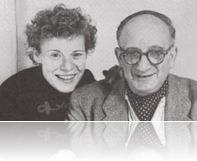 Curious George – H.A. Rey.  Who is H.A. Rey?  Two people…Hans Augusto Rey and his wife, Margaret Rey.  The books are awesome and features my favorite little monkey.  An interesting fact is that George was originally called Zozo in the UK, as to avoid calling king George VI a monkey. I bet now he wouldn’t mind. 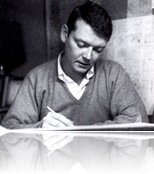 The Best Word Book Ever  – Richard Scarry.  His real name was Richard McClure Scarry and is actually pronounced like “marry.”  You may not recognize the title, but if you have been any kindergarten you have certainly seen the books…They were very creative and had diagrams that even help me to this day (like how plumbing works.)

Garfield – Jim Davis.  Hand down, the first comic strip that inspired me to become a comic artist.  It is amazing how much Garfield has changed over the years. I have to say though, I enjoy the books, but not to thrilled with the latest CGI movie junk.  Aw well, still love Garfield. 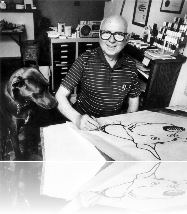 Marmaduke – Brad Anderson.  There was something cool about that dog. Brad Anderson was an inspiration to me as well…I thought it was cool that he actually drew the comics with a paintbrush and India ink. Marmaduke was actually created by Anderson back in 1954…that would make Marmaduke about 385 years old. 🙂

Peanuts – Charles Schultz.  Still one of my favorites to this day…I really dig the music of Vince Guaraldi.  Charles died in 2000, but the Peanuts strip still continues. 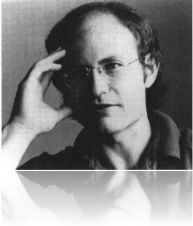 The Far Side -  Gary Larson.  My friend Jeff introduced me to the Far Side back in 9th grade.  I thought my life was meaningless until I read these awesome, surrealistic, humorous one-panel works of art.  The silliness of Gary Larson pretty much sums up how my mind works in regards to humor…stupid, simple and enjoyable. 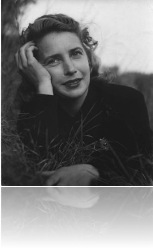 Goodnight Moon – Margaret Wise Brown.  Not really a favorite, but one I really remember.  My son has this book and I read it to him as well.  The book is simple, but fun and was first published in 1947.  Just a cool bedtime book for kids. 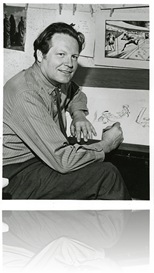 Corduroy – Don Freeman.  Just a cool classic series of books written and illustrated by the same person.  What I find interesting is that most of the human male characters in his books really resemble Don.  He has authored and illustrated 20 books. 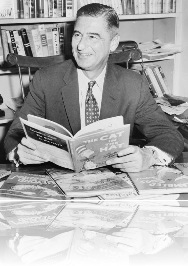 Cat In the Hat – Dr. Seuss (Theodor Seuss Geisel).  I’d never hear the end of it if I didn’t put something in here about the Cat In the Hat.  Probably one of the most popular children’s books writers ever, it is funny to know that his real name is Theodor.  I’ve always known that his books were written years ago, but I found it interesting that he died in 1991…not too long ago.  Heck, I was in college.

He published more than 60 children’s books…a pretty amazing accomplishment.  An interesting fact: He joined the Army during WWII to work in the animation department of the Air Force, where he wrote Design for Death, a film that later won the 1947 Academy Award for Documentary Feature.