This is one funny story that had me falling off my chair from Ananova: 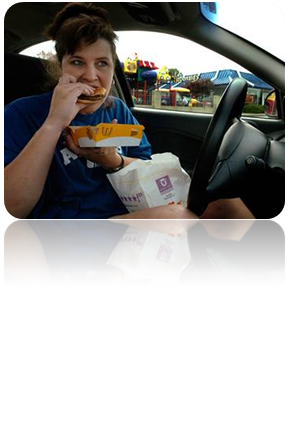 An Austrian doctor lodged a complaint after a lorry driver threw a cheeseburger at him for driving too slowly.

But police told Hannes Kohl, from Vienna, that burger throwing was not an offence.

He was hit on the head by the cheese burger thrown by an overtaking lorry driver through his open car window.

Dr Kohl, who was on his way to a medical congress in the Czech Republic, said: “I was going slowly but that was no excuse for this outrageous attack.

“I complained to the police but they told me it was not an offence to throw a burger at someone, and my insurance company also refused to pay up even though there was melted cheese and ketchup on my suit and all over my car.”