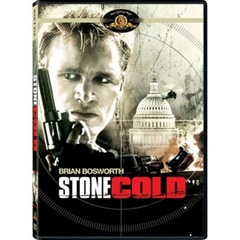 Brian Bosworth, best known for his awesome acting skills, decided to improve his reputation by driving under the influence.

Brian was pulled over on Hollywood Boolivard  for not, get this, not having a license plate on his bike.  “Now where did I put my license plate? Oh no big deal, I’m drunk, it don’t matter *burp*”

Brian Bosworth is currently being held on $5,000 bail…hopefully he saved some of his earnings from his NFL days and his rotten movies