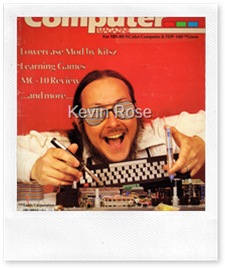 If you frequent Digg.com, you will soon notice that they’ve recently implemented a stupid tool bar, which essentially is a URL shortner (is it going to replace tinyurl?).  What is flawed about it, and thanks to Michael Gray for the tip, is that it can easily be abused!

The tool actually frames your website with the DiggBar at the top and a screen shot of yours at the bottom.  This apparently was done to “artificially inflate” user metrics. I have no idea why they would do that.  I mean come one, Digg is such an open minded place, why would they want to artificially inflate things? yeah right…

By framing everyone elses website you never leave digg, so the length of their user visits goes up, and it looks like their site is improving, and they con more clueless VC’s that Digg is actually a valuable website, they want to keep wasting money investing in.

Pretty interesting concept…it just goes to show you that social media is now officially turning back into the hands of the big corporate pocketbook. (Similar to when e-commerce was kick-started in the late 90s).

You can read more on how to abuse the system here.  Too much fun stuff to post, and I am not going to reveal secrets ;)  Have fun abusing Digg.

Now, Brian Cuban? Where are you man…here is our chance at revolution…again 🙂