Did you ever run into a person with such an odd name that the first thing you think is “Dag, if that were my name, I’d change it!”  Come on, we all know that guy who knows a guy named Ben Dover, or Hugh Jazz, but when it comes to athletes, there is no disputing the authenticity of their strange names.  Below is my Top 5 of the Funniest Athlete Names Ever.

5. Sterling Marlin – the 1983 Nascar Rookie of the year has one silly name.  Not only is his last name a fish, but his parents thought it would be even cooler to name him Sterling.  Looking at Wikipedia, I was hoping they would have something like (born Stanley Marlinberg) or something.

4. Dick Trickle – Yet another Nascar racer (makes you wonder…) with a funny name.  Usually people born with the name Richard are commonly called “Dick” but seriously, if your last name was Trickle, would you really even go there?

3. Rusty Kuntz – Um, ok. I am not joking, this is his real name.  Well, actually it is Russell Kuntz, but um…ok it sounds funny as Russell or Rusty.  Could you imagine being a 10 year old, opening up a pack of Topps Baseball cards and seeing this name?   Yeah, I know it is a German name, pronounced “koontz” (Dean got it right by changing the spelling) but come on now Rusty.  Stop asking why we always laugh when you say your name! 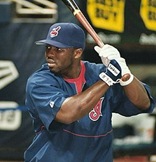 2. Milton Bradley – Yes, I enjoy many of his games, Monopoly, Trivial Pursuit, Chicago Cubs Baseball. Seriously, what was up with this dude’s parents?  #1, Milton is one name guaranteed to get your butt kick, but to also know that your last name is Bradley? 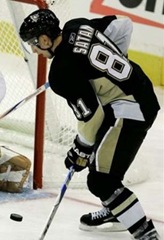 1. Miroslav Satan – Slovakian hockey player, most recently with my home team , the Pittsburgh Penguins has to be the most feared player on the ice. Yeah yeah, it is pronounce Zaatan…yeah right, If so, then my name is pronounced Doony.  Slovakian or not, Satan is Satan.  And to see it on his Penguin’s Jersey is even funnier.  What makes this more interesting is this blurb from Wikipedia: “Satan was placed on waivers by Pittsburgh on March 4, 2009…”  How often do you hear Satan being placed on a waiver?