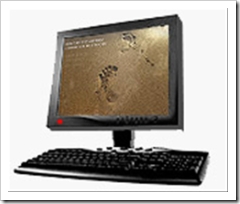 Some of the best viral marketing campaigns succeed for reasons such as uniqueness, but many times (and this is mostly the case with e-cards) seasonal demands call for it.  E-cards for example are always in demand for every season, especially when you are a lazy sob like myself and forget to pick up a real card from the local Hallmark.  Anyways, I’m swinging off-topic.

Let’s get back to the point of this post, targeting a viral marketing campaign by season.  Last year my friend Mike and I set out to put together a wonderful inspirational piece that would guaranteed be passed along to thousands, if not millions, especially around the Christmas and Easter seasons.

Mike had mentioned he had seen a cool screen saver that depicted some inspirational words, pictures and sounds.  This thing could be passed along person-to-person easy and in no time flat…certainly a viral attribute to any campaign.  Anyways, being the flash designer that I am, Mike and I decided to put words into motion by taking the inspirational poem "Footprints in the Sand" and setting it to some great music and imagery.  Take a peek for your self here.

This viral campaign was to accomplish a few things.  First, inspire the viewer to want to pass this site on to a friend AND provide a means to do that.  Second, make the viewer aware that this wonderful presentation could be viewed by them at anytime by installing it as a screensaver which they could purchase for a small fee.

Totally viral in my book…but where does the seasonal deal come in?  Well, this inspirational piece of work is known to be uplifting in times such as Christmas and Easter and therefore is viral by default.  The best thing about this viral campaign is that I actually feel that viewers are passing along a piece that I feel is worth passing along, unlike some of those emails that our parents forward to us in their first week of being online.