It is amazing how much whoopla is going on in the media about concerns that some senators have yet to read what is in the healthcare bill. Well, rather than dwelling on that or if people are misinterpreting the bill, how about I propose my own list of healthcare items missing from the bill?

5. Vegans must be required to eat meat and in some cases, consume wheat gluten – Oh, come on…you probably work with a few and you’ve probably nibbled on their tofu, but wouldn’t it be kind of funny to share some beef jerky with them? 🙂

4. Lady Gaga must fess up to being a guy – come on…you didn’t see the video?

2. Home doctor visits will include the doctor (male or female) ringing the door bell and then asking “Did somebody call for a doctor?” Immediately to be followed by that one Nelly song “It’s getting hot in here, so take off all your clothes…”  and pumping dance/techno music.  Co-pays will be paid by placing dollar bills… 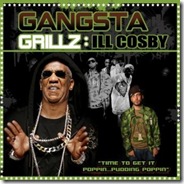 Women will have the choice between their existing gynecologist, or Bill Cosby.  If Bill Cosby is selected, women must chose between Jell-o jigglers or Jell-o Pudding Pops as a form of birth control. If the woman does not decide then the decision will be made by Bill Cosby, himself, after speaking the phrase “I’d like to talk about the Jell-o puddin’ pops…whoooooooaaaaa.”