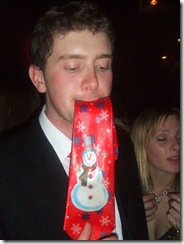 I love it when celebrities think that they are so important and talented that fulfilling their childhood dreams of being a rock star would be simple.  Well, yes it is simple…they have the money to make video, what else do you need?  How about some vocal talent? Ugh.  Well, here are some of my favorite dumb celebrity attempts at making a rock video. (In no particular order because they all suck)

Cool enough for Miami, but super lame for a rock video.  This song is absolutely horrible and Don’s singing skills are similar to your dad singing Karaoke at a bar on Wednesday night.

We all love Eddie, we all love Rick James, but when you put the two together it is like sniffing ammonia solvents for fun.  What is up with the squeaky voice, Eddie?  And get a look at Rick’s hair?  Rick Astley actually looks like he could kick Rick James’ bootie in this video.

I know, Mr T could kick my butt for posting this, but I have to tell you, I was amazed that he would do such a thing…In fact I pitty the fo… never mind.  This technically isn’t a rock video, but I figured seeing Mr T in a new light would be interesting for all to see. TREAT HER RIGHT, TREAT YOUR MAMMA RIGHT!

More like, He Breaks the Wind.  This song is is soooo riddled with reverb that it makes you wonder how much heroin the studio engineers had to go through in order to tolerate a mix-down of this tune. Patrick’s facial expressions flow well with his awesome super mullet. I hate that stupid Dirty Dancing movie.

One of my favorite tough-guys on tv and the movies really lost respect from me with this horrible version of Madonna’s hit…wait, did she do it after him? Doesn’t matter.  Yeah, I know Bruce is supposed to be a “blues man” and plays the harmonica, but this video will make you wonder that.  Sorry Bruce…this songs stinks.  Respect acting…not singing next time.