This is an interesting question that people ask me quite frequently.  Yes, I know, who the heck would actually ask about the free XML text editor, let alone the BEST free XML text editor.  Well, if you are like me, you probably had to do some kind of work with XSLT.  XSLT is simply a language for transforming XML documents into other XML documents.  Or, according to Wikipedia, other objects such as HTML for web pages, plain test, or into XSL formatting of objects.  and so on.
The toughest thing about XML is that if you have an unclosed tag, or a case problem with a node name, you are certainly going to have issues when your XML actually gets implemented.  The biggest help for this is to use something other than Notepad to edit your XML.  Why not Notepad?  Well, Notepad does not provide color coding of nodes, collapsible node structures and other cool things.
Those two mentioned things are the most important to me when looking into an XML text editor.  There are quite a few out there that already do this kind of stuff, but which one is the best free XML text editor?  That, I cannot tell you.  You’ll find with any of them that one may be good at presented the code in an easy to read format, another may give you the option to wired into your source control, another may give you a nice FTP interface.  Those are just a few things to consider.
So, instead of telling you the best XML text editors, I will simply give you a list of a few, best free XML text editors that I have actually used and find them all to be “the best” for daily use:

So I guess all the news of Michael Grimm not apologizing to a reporter for wanting to “Break you in half” is really making its rounds on the Interwebs.  It was quite a rude thing to say, but I find it a bit comical.  I immediately thought of Drago from Rocky IV.  Especially with the famous Drago quote “I must break you.”  If you don’t remember who Drago was, well, I feel sorry for you.  You missed all the fun of the Cold War with Soviet Union.
So, to bring light to the situation and just compare Michael Grimm to Drago, here are some things Michael Grimm could have said instead of an apology: 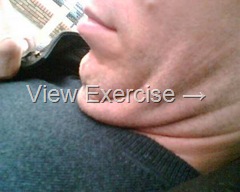 You know you are all guilty of thrusting your chin out for that photo op to avoid the double chin.  This is one way getting rid of a double chin, but you can’t go walking around with your chin sticking out all day! I’m always pushing the ever-popular perfect cheekbones product and for good reason.   The dude provides a cool and effective exercise for getting rid of a double chin, called the double-chin blaster.
The exercise involves working the platysma muscle, the one that is responsible for downward movement of the jaw.  I’ll give you a brief overview of the exercise: 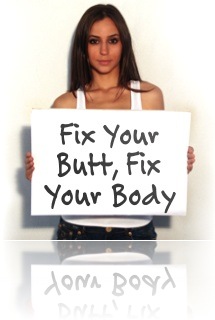 This is awesome. I wanted to re-post some old junk and I came across this post.  Wow, I had no idea I could write such awesomely cool web copy.  I mean, butt enhancement?  Anyways, since everybody is complaining about how much fat they’ve gained since Christmas, I figured I’d just repost it.  Butt enhancement…much easy to talk about than the other…
Again, being the sexiest man in many cities (including Hollywood) requires me to look my absolute best.  I’ve let everybody know about the great chiseled jaw secrets and super ab workouts to get a six pack.  But many people have been approaching me with the all too familiar question: “Does my butt look big in this?”
Sometimes I am afraid to answer that question.  Usually if the question is asked, the person would like some honesty about their butt, but with just a bit of sugar coating. Rather than answering the questions, I try to refer them to some awesome websites with great exercises for total body fitness, including butt enhancement.
Yes, I said butt enhancement…stop laughing because I know you are intrigued and asking me to tell you more. I’ve recently found a great website resource that reveals some killer butt enhancement exercises (no surgery needed) called the SexyButtMakeover.com.  This is a site that helps people seeking butt enhancement that also have these same desires”:

Since I am the sexiest man in Pittsburgh, New York, and Hollywood, I have no need to read up on these butt enhancement exercises to reduce butt fat.  However I feel that the site is a great resource for all of my fans who are seeking to tone up their butt. 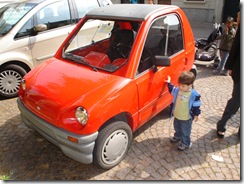 It seems that social marketing is quickly replacing, or at best, supplementing traditional marketing approaches these days.  I make use of quite a few social marketing angles, but realized I typically stick to 5 tools on a regular basis.
Before you even think that social marketing is the silver bullet in your marketing arsenal, you must first have something “sociable” (not the crackers, although they are yummy) to spread…like a virus, but in a good way.  If you don’t then chances are that social marketing won’t work for you.
So here they are, my top 5 social marketing tools for almost every post I make to the blog:
1) Windows Live Writer- The absolute best blog posting application, surprisingly from Microsoft.  This client allows me to not only post to WordPress blogs, but it will also ping to my super super list of ping servers.  Windows live writer allows you to add/edit/adjust images (which will automatically ftp them the your server) and make use of a ton of third-party pluggins such as suggested images, embed media and other cool things.
2) Pingoat – One of my go-to sites to ping servers that I may have not added to my Windows Live Writer config.  I kind of make it a habit of that when I post something to immediately go over to Pingoat and submit my site.
3) StumbleUpon – I actually use this site to “stumble upon” some cool websites.  It is nice to build up a network of “friends” and let them know about your latest post.  I’ve seen great results with StumbleUpon and they seem to be less “cliquey” than Digg.
4) Feedburner – A great site to manage your rss feeds and makes it easier for other to consume them.  If you don’t think that rss feeds are important, then well, you can go ask Google why they thought it was important enough to incorporate Adsense with it.
5) Twitter – Some think of Twitter as just a place to talk about where you are hanging out, but realistically you have to think of it as a tool to announce socially what you are up to!  Made a change to your website? Wanted to review a new product?  Just a few things to think about for using Twitter as a social marketing tool.
Now, of course you may have a few more items (as do I) but I figured a top 5 post would look better than a top 6 or top 9 social marketing tools post. Seriously, these are the main tools that I use regularly.

So, I’m not sure how I feel about it, but I hope the next episode reveals a little bit more!

Looking at the way some folks dress these days can be quite disturbing.  I mean, seriously, do some people even own a mirror? And if the do, do they look at it before they leave the house?  They don’t make clothes like they used to.  I’m fond of the groovy 70s style of clothing.  Some of you don’t remember the 70s, maybe because you were too young, weren’t born yet, or were doing drugs.  In any event, below you will find some of the best styles of the 70s that JC Penney had to offer.

This Western style was all the rage in the late 70s, and survived in the early 80s as well.  The outfit just scream Urban Cowboy! (remember that movie?)

Now how is that for a pair red pants and giant white leather belt?  I swear, that was the only style of pants and belt combo you could get back in the 70s.

Yes, the finest 70s PJs for men of the 70s.  Wow, looks like a giant polo shirt.  I don’t remember wearing anything like this back then.

Ahhh yes…people did go to the beach on occasion…when the fallout and medical waste was not floating around.The requirement for this is a hairy chest.

Now there is one sharp 70s styling dude.  I’m sure he has the job interview at Radio Shack in the bag!

Though not a piece of clothing, it is a fond memory of what 99% of our bathrooms looked like back in the 70s.  If you didn’t have a white toilet, then your toilet was probably some other color such as yellow, sky blue or red.
Stay tunes for Part 2 of Top 70s Styles of Clothing.

So there you have it, my own Top 5 Family Thanksgiving Traditions.  Not too exciting, but you know, if you want excitement, may I suggest adding some Tobasco sauce to your cranberry sauce recipe this year!? I men, come on.  They have TOBASCO GALLON JUGS!! What is this world coming to?