Digg lately has become boring, repetitive and predictable.   You can almost predict the Digg front page of the day…kinda like turning on a rock radio station and always knowing that the next song to be played would either be a Steve Miller Band or Lynyrd Skynyrd tune.  So, here’s to predictability, probably the only certainty in the realm of immeasurable social media, the place we all know as Digg.com…and now on to my top 10 reasons I never get dugg:

1) I find the the Daily Show  BORING– Yeah, Colbert and that other guy can be funny, but it gets boring hearing the same “Bush had his *** handed to him”, or “Obama totally handed Cheney’s *** to him!”, or “John Steward is so totally smarter than those right-winged Catholics!”  Just get’s BORING.  Change the subject.

2) I don’t smoke pot – If I see one more friggin Dugged article giving REASONS to legalize pot I think….ugh.  Ok, enough already.  Go make your hemp bracelets and the smoke them.  Again, BORING.

3) I actually like Microsoft Products – Complain all you want about Microsoft, be a fan of all those Apple commercials, but truth be told, not everybody has $2000 to spend on a computer.  Also, if Microsoft sucks so bad, then why does practically every Linux windows manager have some kind of start menu? One final question, why does the Mac OS only work on Mac hardware?

4) I don’t think that Dick Cheney is the anti-Christ – Before you start bashing me about politics, do you actually think any of these politicians aren’t guilty of state of the economy, or the situation overseas?  Talk about finger pointers! They are all guilty, and we are all guilty for voting them in.  So once again, BORING!

5) I don’t think Obama will change the world  – Obama can say change is here, but thinking this man can change the world is silly.  You are forgetting one little detail…he is STILL a politician! BORING BORING BORING.  Enough with the teleprompter complaints…BORING, is he U.S. Citizen? BORING!  I also hear that he really isn’t African American! BORING * 12. 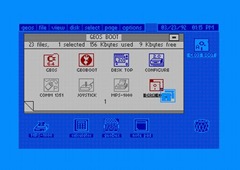 6) I don’t care about your top 10 reasons why your Linux distro rocks- You linux guys have been trying to mainstream linux since I can remember…remember…remember Lindows?!  Ha!  Try talking to your mom on the phone through a make world when her core dumps. Linux doesn’t rock as a Windows or Mac alternative unless you add those Top 25 Linux additions that you cannot live without to make linux look like Mac OSX or Windows XP. bOrInG.

7) I don’t care to maximize my Windows Vista experience – Ok, enough already.  We get it…Vista sucks.  These posts are dugg by Microsoft street teams as a means to self medicate those Vista users and to tranquilize Mac and Linux weenies. BORING

8) I don’t friggin care about your World of Warcraft crap – The last game I played was Pac Man on my phone.  I don’t even know about your silly character names or how you can get unlimited gold…I don’t care. BORING, BORING…oh wait…do I hear something? NERD ALERT NERD ALERT! 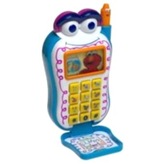 9) I don’t have an iPhone- You people and your iPhones.   There’s an app for that! Hey! you’ve just got a pimple, how can you clean your face? There’s an app for it! Hey! You just wiped your greasy face on my keypad! How much was that phone again?  Stuck with AT&T? doh! I prefer the Microsoft mPhone. BORING T & T.